The Punjabi industry has come a long way. From composing sounds with the use of Punjabi Folk Musical Instruments to composing own music using the technology. The changing technology and young talents entering the Punjabi Music industry, it has covered a long way. Not only in Punjab but everywhere around the world, we can hear just the Punjabi Industry ruling in the minds and souls of the youth.

Shubhdeep Singh Sidhu, widely known as Sidhu Moose Wala was born on 11th June 1993. This famous Punjabi Singer came from Pind Moosa, Mansa, Punjab. His father S. Bhola Singh is an ex-army man and later on, he joined the police force. His mother Sdn. Charan Kaur is the Sarpanchni of Pind Moosa. He is a Punjabi singer, rapper and lyricist.

He started his career as a lyricist and his first debut song was License sung by Ninja. Then entered the Music Industry as a singer and released his first song SO HIGH which made him a star overnight. He then came up with other hits like G-Wagon, Mustang and others. In 2018, he was nominated for the Best New Age Sensation in PTC Punjabi Music Awards. October 2018, another hit year of this Punjabi singer in which his album, PBX 1 topped the Canadian Albums Charts by Billboards.

Now in the year 2021, he has come up with another big album, MOOSETAPE which is hitting Billboards day by day. The album has 30 songs and till date he has released 10 songs of the album and all the songs are in the top 10 trending list of Youtube. Soon he is going to make his debut in the punjabi cinema with the film titled ‘YES, I AM A STUDENT’ under his own production company ‘Jatt Life Studios’.

Another heart and soul of the Punjabi industry, Diljit Dosanjh was born on 6th January 1984. He was born in a Sikh family to father S. Balbir Singh who is a former employee of Punjab Roadways and mother Sdn. Sukhvinder Kaur is a homemaker. In his early childhood, he started his career by performing Kirtans in the local gurudwaras.

Entered as a Punjabi Singer with his first album ISHQ DA UDA AIDA and DIL in the year 2004. In the year 2011, he made his entry into the Punjabi Film Industry with the movie JIHNE MERA DIL LUTTEYA with Gippy Grewal and Neeru Bajwa. He won the Best Actor Award in PTC Punjabi Awards for his lead role in the movie Jatt and Juliet. He is the first turbaned Sikh to make his debut in Bollywood. One of the famous Punjabi singers has his statue in Madame Tussauds.

He is the highest selling Punjabi singer in Birmingham. He sold Wembley three times in a row. He is the first of all the Punjabi singers on the list to be published on the cover page of the VOGUE magazine. With his album G.O.A.T in 2020, he hit the Billboards and other chartbusters. Now in 2021, he is coming up with another album which is again sure to be a hit.

Geetan di Machine, Karan Aujla is another name in the list of all Punjabi singers. He was born on 18th January 1997. He lost his parents at a very young age. Since then he was raised by his sisters, Chacha and Chachi Ji. His passion for writing was inherited from his father S. Balwinder Singer. Karan Aujla is a songwriter, singer and rapper of the Punjabi music industry.

From a ghostwriter to a lyricist, he wrote his first song RANGE at the age of 15 which was sung by Jassi Gill. His real struggle started from his first debut song CELL PHONE which was the first failure. Then he made his entry into the industry with other famous Punjabi Singers like Deep Jandu, Elly Mangat and many others.

Aujla’s songs are a perfect fit for the Bhangra Workouts. He is not only famous in Canada but today he is a star all over the world. He was also nominated as the Best Singer at Gaana User’s Icon Award. Recently, he wrote the title song of Diljit Dosanjh’s Album, G.O.A.T, which was a worldwide hit. This debut song of his topped the UK Asian, UK Punjabi and Top Thriller Global Chart by Billboard.

From zero to the peak, Amritpal Singh Dhillon Urf AP Dhillon is another name in the list of all famous Punjabi singers. He was born on 10th January 1993 in Gurdaspur, Punjab. A student of Business Management took up his passion for singing further and won attention in the Punjabi Industry. He is one of the top 10 Punjabi Singers 2021.

Came up with his song FAKE and FARRAR in 2019, which were a hit in the industry. His another single track Majhail gained 9 million+ views on youtube. His single DEADLY released in 2020, he gained attention of the audience and with such love the song the UK Asian Chart Group and reached number 11.

Achieving success at every level, he collaborated with Gurinder Gill and came up with the song DROPTOP which topped the UK Asian and UK Punjabi Charts. Collaborations went on and another hit BROWN MUNDE with Sidhu Moose Wala was the greatest hit in his singing career. He came up with an EP NOT BY CHANCE in the year 202, and the audience went nuts after him with the release of his EP. It also topped NZ Charts.

Bringing back the boot cut fashion back to trend, Premjeet Singh Dhillon (Stage Name- Prem Dhillon) is another amongst the top punjabi singers 2021. He was born on 4th January, 1995 in Amritsar, Punjab.

He started his career in 2018 with the song CHAN MILOUNDA, which did not get much attention. After his collaboration with Sidhu Moose Wala, he released his song BOOT CUT which broke the internet records with 37 Million+ views on youtube. He came up with OLD SKOOL with Sidhu Moose Wala and Naseeb, which made the audience crazy for Prem Dhillon.

Now he is coming with one on one hits like Majha Block, Behind the Bars, Prauhna, Liv In and many others. This is such an achievement for a superstar and he has taken it up all to the next level.

Amninderpal Singh Virk aka Ammy Virk was born on 11th May in Nabha, Punjab. He is an actor, producer and singer. He started his career as a singer on the words of his mother and she believed in him that he would definitely be a shining star if he takes up his singing passion further.

In 2012, he released his first song CHANDIGARH DIYAN KUDIYAN, which was the attention seeker for the audience. Later on, he came up with his other singles like Jatt da Sahara and Yaar Amli. He won his first award for the Best Album, JATTIZM which was a great success in his life.

Ammy Virk adapts himself so much into songs and acting that it makes everyone either cry with his sad romantic songs or make the audience break the dance floor with his bhangra hits. He is another Punjabi actor to enter Bollywood. He made a lot of hit movies in the Punjabi Film Industry and his character of NIKKA in the movie Nikka Zaildar is one of the favourites for everyone. Mostly, he is also recognised as a nikka in the Punjabi Industry.

Another star of the night, Ranjit Bawa was born on 14th March,1989. He is an actor and singer and one of the favourites among the list of Punjabi Singers. A singer who kept the Punjabi Folk Touch alive in the hearts of the audience.

In 2013, he came up with the song JATT DI AKAL, which was a turning point in his life. He never let the folk culture of Punjab go down. His album MITTI DA BAWA took up the show and won the Best Album Award in Brit Asia TV Music Awards.

He is one of the Punjabi Singers who talk about the reality of life and the problems of the common people. His genre of songs is mostly FOLK which is loved by youth and even the 1990s generation. Now with his latest songs talking about the problems of the farmers. His new album LOUD is also on the way.

Another famous punjabi singer, composer and lyricist, Jassa Dhillon was born in Assandh, Haryana to Ranbir Singh and Harjinder Kaur. he started his career in 2019 with his first single track PYAR BOLDA with Gur Sidhu, which was a major hit in the industry.

Reaching the skies, he came up with other singles in different genres like Hip-Hop, Bhangra and Romantic. He has now come up with the album ABOVE ALL with Gur Sidhu.

His song TALJA has made a place in the UK Asian Music Charts. He keeps us entertained by giving us one on one hits like Raule, Jhanjhar, 1 on 1 and many more. He is the young blood in the industry and a major love for the youth.

Another lyricist, singer and actor, Amrit Maan has reached a game of success in a very short time. This superstar was born on 10th June in Goniana Mandi, Punjab. He started his career as a lyricist and wrote the first song JATT FIRE KARDA, which was sung by Diljit Dosanjh and was a major hit.

Keeping his passion of writing, he wrote other songs like Yaar Jundi De and then made his entry with his debut song Desi Da Drum, which was a worldwide hit and could be seen played up in Indian Weddings.

Another amazing hit by Maan included Peg Di Washna, Kaali Camaro and Bamb Jatt. He recently released another single ALL BAMB besides Neeru Bajwa and the song is still in the trending list of youtube.

A young Blood, from nothing to everything, Ravinder Singh with the stage name Kaka Ji, is another favourite of all Punjabi singers. He is a singer, lyricist and music composer.

Kaka is majorly known for his romantic genre. He has attained a lot of audience after him after the release of his song KEH LEN DE which is still a hit among the social media sites. Youth can be seen attracted to the song so much that they cannot stop themselves from making reels.

His voice makes everyone go senti for the songs. Day by day, he is giving us hits and following the way to success.

Hoping that Punjabi Industry will grow further and more with such talents entering the industry and keep us entertained with its songs and films. Comment your favorite out of these top Punjabi Singers 2021. Stay tuned with us for more updates. 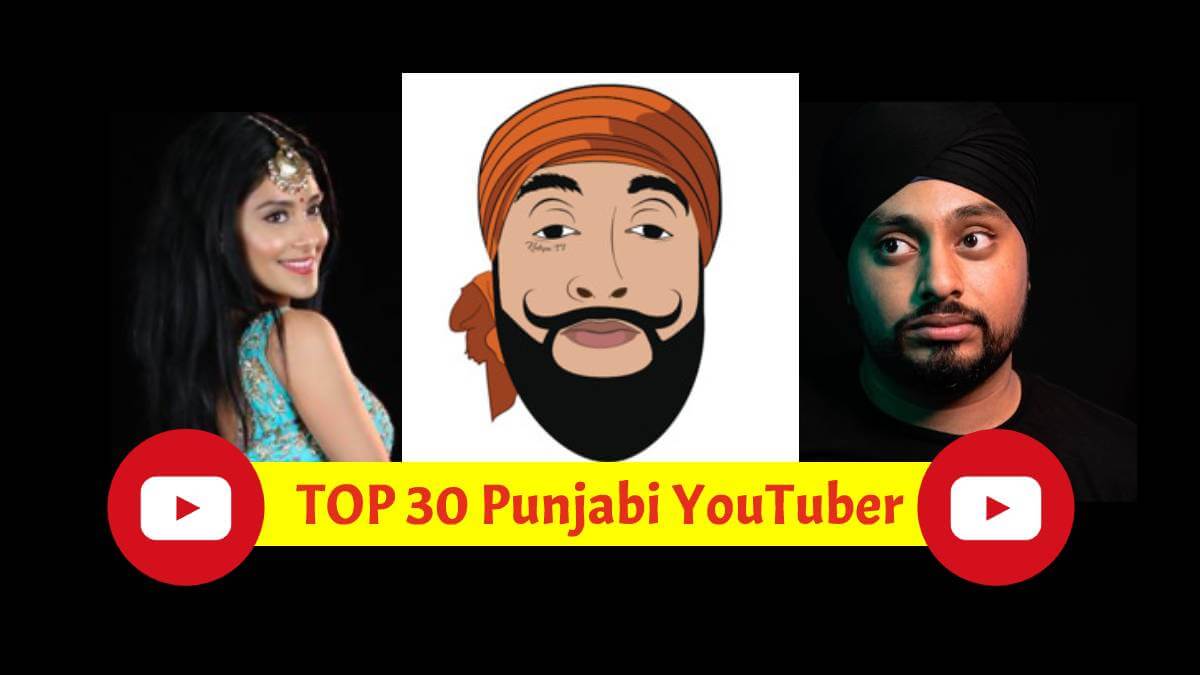 Top 30 Best and Famous Punjabi Youtubers All Over The World! 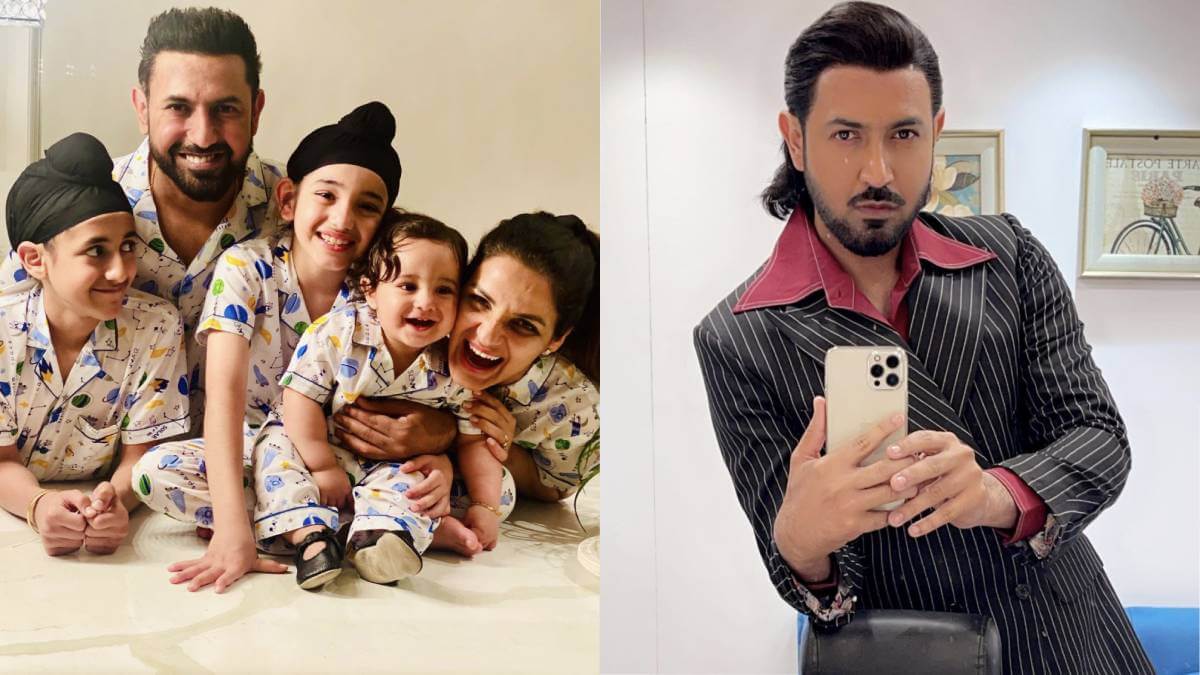 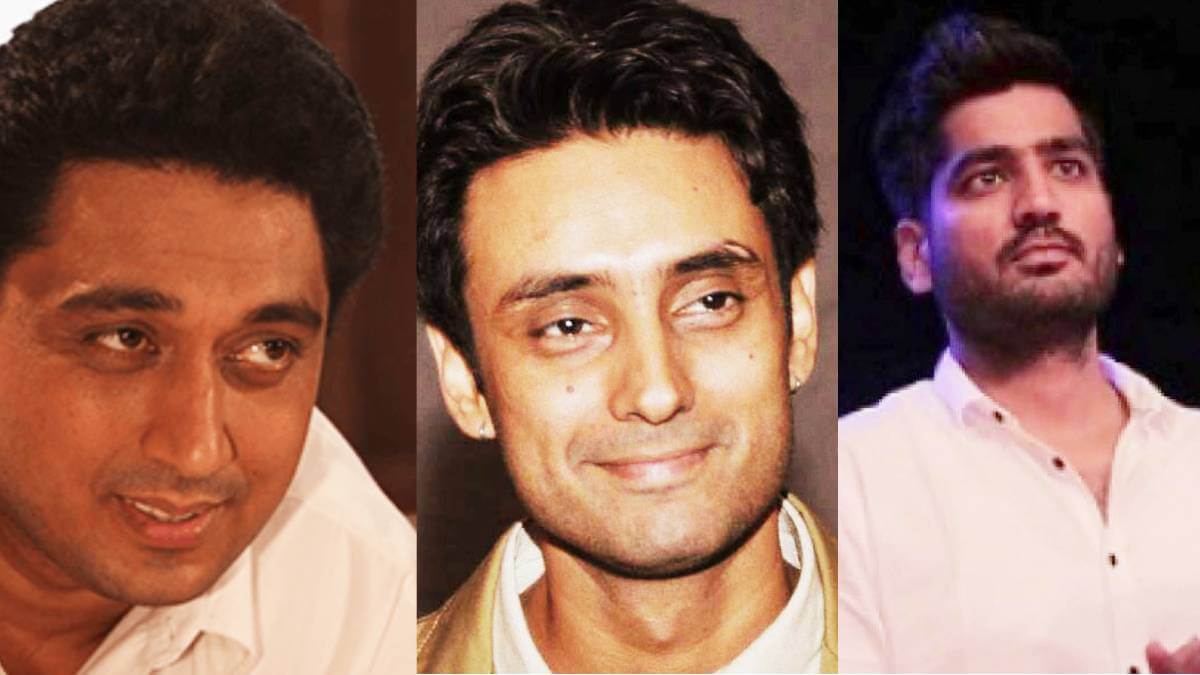 Top 10 Directors Of The Punjabi Cinema And Their Remarkable Movies!