Indian cricket always makes headlines by producing some of the finest batsmen in the world. In simpler words, you can say that the whole cricket nation knows the Indian team for their batting prowess and also for their spin bowling arsenal. But in recent times, the cricketing world also witnessed producing some of the best pace bowling talents also from the Indian cricket team, which was a bit of a concern in the early days.

Indian cricket team has always had such depth in their batting department, that when it comes to the top 5 batsmen of all time, we struggle to put names like Sourav Ganguly, Virender Sehwag, VVS Laxman and many more who were once the pillar of the Indian cricket team.

So the main question is, who are the top batsmen who have been able to make it into the list of top 5 best Indian batsmen of all time with the aid of statistics and records,

When it comes to the best batsman of all time not only in Indian cricket history, there is no doubt that Sachin Ramesh Tendulkar will take the first place. Everyone worships him as the god of cricket when he used to play for the Indian team, and many still believe that too, to this day. Most young aspirants back then used to watch his batting to learn about the basics of batting which would allow them to become good batsmen someday and the practice has been carried on to date. The ‘straight drive’ was his most elegant and signature shot in his career.

His best time was in 2011 when the Indian team won the Cricket World Cup. Sachin personally also played well in that World Cup, where he scored 482 runs at an average of 54.

Sachin Tendulkar is the only batsman in the world who had a record of scoring ‘Hundred Hundreds’ in his entire cricketing career that to date no one has achieved. He also played 200 test matches for team India where he scored 16,000 runs at an average of 54. Tendulkar had also averaged 40 and above against every cricketing nation. He is also called as “little master” and many people consider he is the second best batsman of all time after Sir Donald Bradman in the entire cricketing history.

Gavaskar is considered a very technically sound and composed opening batsman and had an average of 51 in test cricket.

Without any doubt, Mahendra Singh Dhoni is the greatest asset that we have in our ‘limited-over format’. He was one of the best captains that the Indian team has gotten over the years but his batting in the ‘limited-over’ format took the Indian team to another height in the whole cricket nation. For all of these qualities, he is a well-deserved candidate on this list. MS Dhoni was a superb batsman, we all know, but his ability to finish any game with his hard-hitting, timing and cool mindset abilities make him stand out from any other batsman.

Dhoni’s mindset was always to take the game till the very end though the asking rate per over was climbing up. Because he always believed that one or two poor overs can turn the game in the batting team’s favor as cricket is a game of very few margins.

The knock that had played in the 2011 men’s cricket world cup makes a place in everyone’s heart to date. Only because of that knock did India win that word cup after 27 long years of waiting. From that day he became a hero for everyone and the rescuer as well because whenever the Indian batting team collapsed whether, in ODI’s or tests, he always used came to the rescue by standing alone. His 10,000 runs and maintaining an average of over 50 in ODI’s was his greatest achievement in his career.

The name Rahul Sharad Dravid has always reminded everyone of batting dexterity on test crickets for several years. He was also called “The Wall” of test cricket because he had to stand on the crease for hours to help the team from several serious conditions. His most iconic batting performance came in the 2001 Border Gavaskar Series that was held in iconic Eden Gardens, where he along with VVS Laxman stood for an entire day to help the Indian team to win from an almost impossible condition. That game not only changed the result of the game but the whole series against the best cricketing team of that time which was Australia under Steve Waugh’s captaincy.

Virat Kohli can complete his career by becoming one of the best batsmen of all time and also he has all the capabilities to become the best batsman of our era. Journalists and sports critics have even proclaimed him to be the only batsman right now who can break the record of Sachin Tendulkar.

For the last two and half years, he has not been in his best form but despite that, he has consistently made records of being the best batsman of our era with phenomenal records to support his cricketing career. Kohli is quite good in all three formats with extraordinary records that many batsmen cannot even think of achieving in their whole career.  In ODI’s he has an average of nearly 60, which is the best achievement in his career.

With a list of such skillful batsmen on this list, it is interesting to see what the future of cricket holds and how well the young men live up to the names of their inspiration. Referring to cricket news cricket news is a great idea to have insights of the top-notch performance of such players.

Know all about cricket news and updates at CBTF news.

Checkout our videos to get the latest useful information about winning betting tips,

Know all about cricket betting and updates at CBTF betting. Get the updated expert betting tips at https://cricketbettingtipsfree.com/ 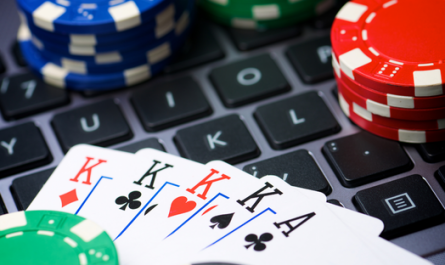 Online Casino Games: Were, Are, And Will Be In Our Lives

The Future of Online Gambling: How Technology is Changing the Landscape